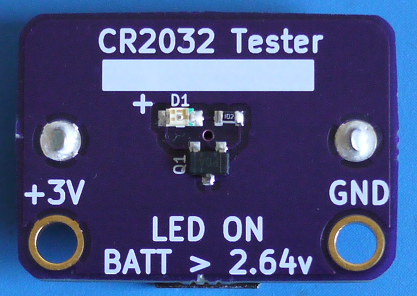 This is a small breakout board based on a sample I received long ago from Texas Instruments. It’s a CR2032 tester, based on the pretty accurate TPS3809L30DBVR part (derived from eevblog’s µCurrent project). The LED stops lighting up somewhere slightly at or below 2.64v, where most CR2032 coin cells enter end-of-life on the discharge curve.

A test load isn’t included in the design (these are usually 6.5k, 15k or 1M resistors—depending on datasheet/manufacturer), but can be added in parallel via the +3V and GND through-holes. 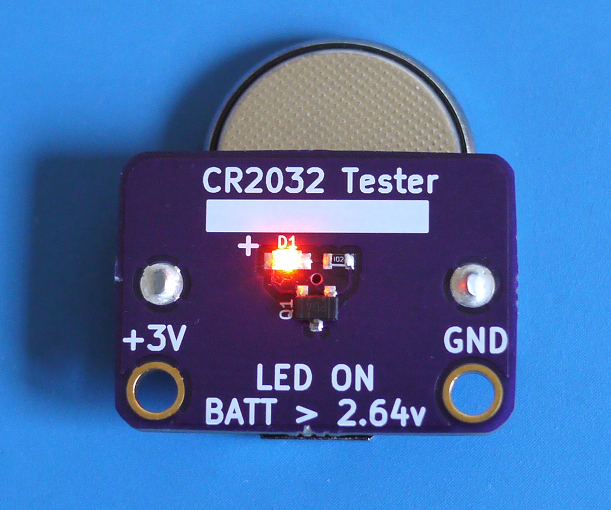 To use the coin cell tester, the coin cell only has to be partially inserted. The battery can seat fully, but it’ll be more difficult to take out later (eject it by pushing something (preferably non-conductive) through the holes on the other side).

Read more and get it made on the project page.