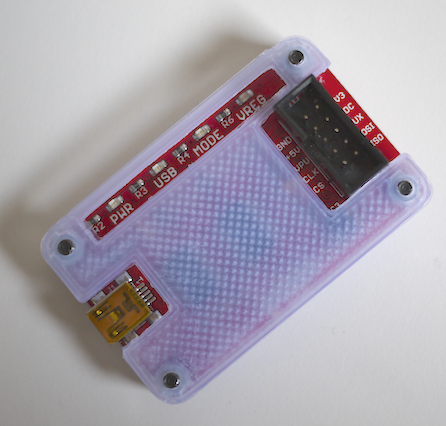 Source files and general instructions for printing can be found here.

The Bus Pirate is a pretty fantastic device for sniffing around and working with new circuits. It can even act as an AVR programmer.

After using one to fiddle with a few circuits, a case became necessary after seeing its value. While there are cases that can be purchased[1], a 3D printer was laying around waiting to be used.

Finding only a case outline (which proved to be extremely useful as a jumping off point) on Thingiverse, one needed to be made for the newer Bus Pirate.

The first few worked well, but were dependent on PLA ‘rods and spikes’ (scrap filament cut and heated on a hotbed to straighten) and press-fitting to hold the top and bottom halves together. The USB header was also unexposed, which caused leveling issues (since it was higher than the rest of the board). 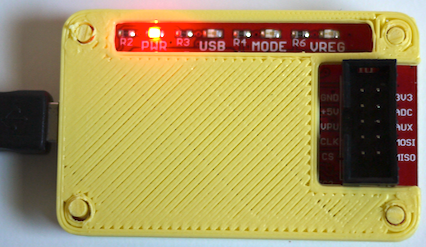 Going forward with several revisions, and many rejects later (about 12!), a decent case started appearing. Instead of PLA rods, a few 8mm long M3 machine screws and M3 hex nuts were used. They’re not very common, but the M3s seem to fit rather well while providing a good degree of stability.

While the top looks unsecured, it must actually be screwed/threaded in from the bottom with a decent amount of force. 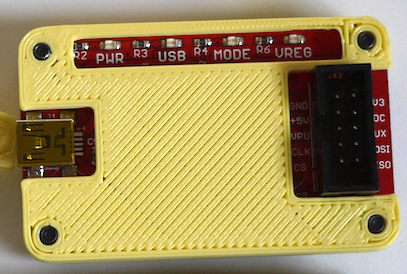 Polyimide tape was used on the back to protect the pins from being shorted out. The reason for not covering them in CAD is because they can be useful to probe with a multimeter at times. 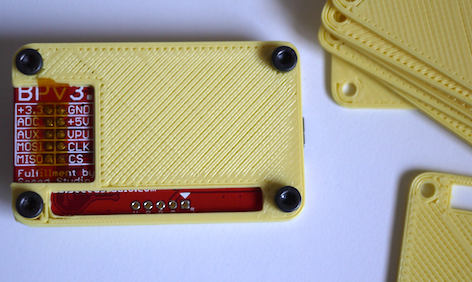 Files are posted here (CC-BY-SA; via original author), but may change in the future if I ever get around to beating the thing into a different shape.

If you have an idea for a change, or can design a better one go for it!

1-1-13: For many printers with a perfectly flat print bed (borosilicate glass, metal, etc), it may be advantageous to mirror the output on one axis so that the top gets printed perfectly flat.

With a borosilicate glass bed: 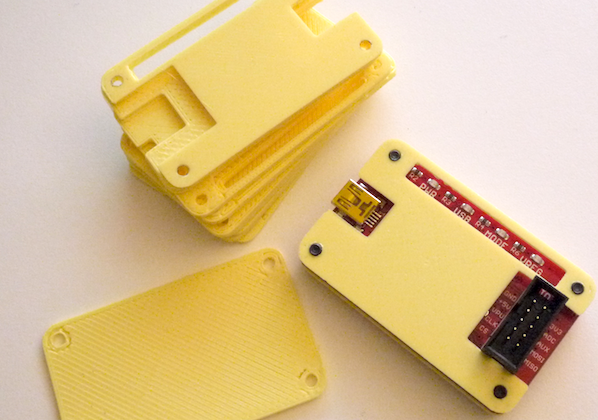 The exported STL file has been added to the GitHub repository. Look for dp6037-top-axis-flipped.stl when grabbing it (or click that link).

After a bit of recalibrating, this is what the case looks like in translucent blue. Not very high quality, but passable: 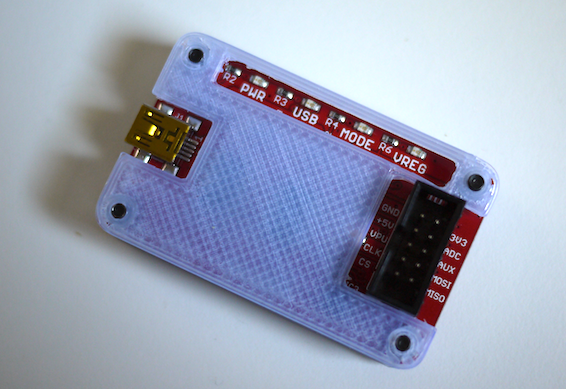 1-3-13: Here is a better front panel (printed after mending the Z-axis into alignment), which will probably be the last update (in this series of days).

1-4-13: Added a link to source files at top and shortened/corrected more text to sound less silly.

[1] Note that buying an acrylic case is really the way to go. They sell for about $3).. but if you have a 3D printer, it probably needs to earn its keep anyway.